Comcast Cable Communications, LLC, doing business as Xfinity, is an American telecommunications company and division of Comcast Corporation used to market consumer cable television, internet, telephone, and wireless services provided by the company. The brand was first introduced in 2010; prior to that, these services were marketed primarily under the Comcast name.

DirecTV (trademarked as DIRECTV) is an American multichannel video programming distributor based in El Segundo, California. Originally launched on June 17, 1994, its primary service is a digital satellite service serving the United States. It also provides traditional linear television service delivered by IP through its U-verse TV brand and a Virtual MVPD service through its DirecTV Stream brand.

AT&T Inc. (originally the American Telephone and Telegraph Company) is an American multinational telecommunications holding company that is Delaware-registered but headquartered at Whitacre Tower in Downtown Dallas, Texas. It is the world's largest telecommunications company and the largest provider of mobile telephone services in the U.S.

Verizon is an American wireless network operator that previously operated as a separate division of Verizon Communications under the name of Verizon Wireless. In a 2019 reorganization, Verizon moved the wireless products and services into the divisions Verizon Consumer and Verizon Business, and stopped using the Verizon Wireless name in the world.

YouTube TV is a streaming television service that offers live TV, on demand video and cloud-based DVR from more than 85 television networks, including the Big Three broadcast networks, FOX Network, The CW and PBS in most markets. It is owned by YouTube, a subsidiary of Google, and is only available in the United States.  YoutubeTV has 3 million users.

With over 70 satellites in two different orbits, our reach is unlike any other. SES combine a vast, intelligent network of satellite and ground infrastructure with industry leading expertise to manage and deliver high-performance video and data solutions virtually everywhere on the planet.

Founded in 1976 by the 21 member-states of the Arab League, Arabsat has been serving the growing needs of the Arab world for over 45 years, operating from its headquarter in Riyadh-Kingdom Of Saudi Arabia  and Tunis. it carries over 650 TV channels, 245 radio stations 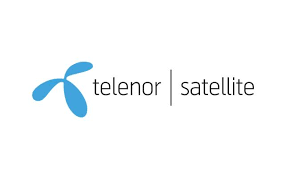 Eutelsat S.A. is a French satellite operator. Providing coverage over the entire European continent, the Middle East, Africa, Asia and the Americas,  Eutelsat's satellites are used for broadcasting nearly 7,000 television stations, of which 1,400 are in high-definition television, and 1,100 radio stations to over 274 million cable.

HISPASAT is the Spanish satellite communications operator, leader in the distribution of content in Spanish and Portuguese. With more than 25 years of experience, the HISPASAT Group maintains an important presence on the Iberian Peninsula and in Latin America, where it is now the fourth satellite operator.

Telesat Corporation (“Telesat”) (NASDAQ and TSX: TSAT) is one of the largest and most successful global satellite operators.
Telesat works collaboratively with its customers to deliver critical connectivity solutions that tackle the world’s most complex communications challenges, providing powerful advantages that improve their operations.

MEASAT is a premium supplier of communication and video services to leading broadcasters, Direct-To-Home (DTH) platforms and telecom operators, with a footprint covering 130 countries representing 80% of the world’s population across Asia, Africa, Europe and Australia. MEASAT is recognized as the key Rural Broadband Service Provider in Malaysia

© Copyright 2000 to 2022 HD TV (Pvt) Ltd.  All rights reserved.
All registered trademarks herein are the property of their respective owners.